As if you didn’t know already. U2’s latest concert in Paris will arrive on Blu-Ray and DVD on June 10th, so mark your calendar. Or, you can just pre-order it.

If you missed this concert that aired on HBO last December, you now have the opportunity to own it. This was a fantastic show that must be seen. Our lads from Dublin put on something a little extra for this event given the ordeal Parisians experienced. These versions will also contain behind-the-scenes extras that were not shown on television. 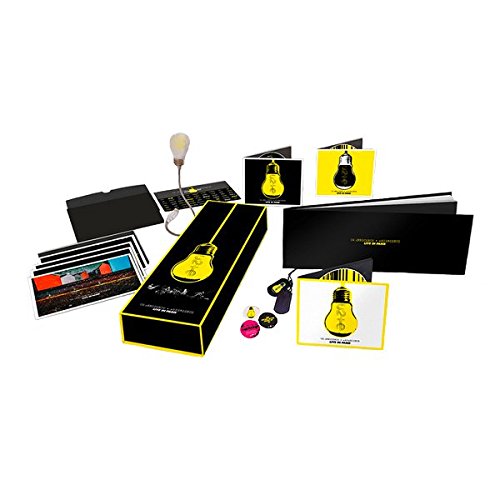 For the hardcore fans, there is a super-deluxe version includes the Blu-Ray and DVD, plus a trove of memorabilia (postcards, book, buttons, even a USB light bulb like the one suspended above the stage). It isn’t cheap at $119.88 on Amazon. It might mean saving up, but it looks to be well worth it.